Reducing Radon In Your Home

Should You be Concerned About Radon In Your Home?

It sounds like a planet that aliens would be coming from to invade earth in a sci-fi movie.

Radon is actually a radioactive gas and has the atomic number of 86 on the Periodic Chart of Elements.

That’s nice, you say, very interesting. The problem is that radon can “86” us humans (sorry, couldn’t resist). Radon is a radioactive gas that occurs naturally when the uranium in soil and rock breaks down.

Radon causes lung cancer. It’s actually the second leading cause of lung cancer in the U.S. after cigarette smoking(an estimated 15,000-20,000 deaths due to radon per year). Avoiding cigarettes is easy, if you’re not addicted. Don’t buy them. Don’t smoke them. It is invisible, odorless and tasteless.

Where may it be lurking?

Is Radon Lurking in Your Home?

One in every fifteen U.S. homes has elevated levels of radon. Radon gas actually gets into all types of buildings whether they are:

It’s unpredictable. Just because your neighbor’s house has low levels, that doesn’t mean yours does.

Obviously, your home is the biggest concern. We spend most of our time there, it is our place of refuge and security.  To be sure radon isn’t seeping into your home, be sure to have it inspected or install a radon detector yourself.

How does radon get into a home? 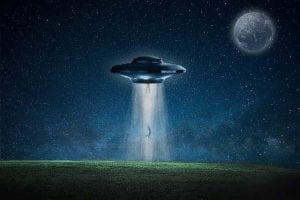 Radon is formed from the natural decay of uranium and thorium (the two most common radioactive elements on earth, by the way). The soil underneath your home has these elements, It’s just a matter of how much. Certain regions of the country tend to have more than others.

When radon is released through this decay, it can travel through the foundation of a home, into the basement, and then into the rest of the house.

How is this possible?

Air pressure in a home is usually lower than the pressure in the soil, so the house acts like a vacuum, drawing radon in(this is known as the “stack effect”). Once inside, radon can build up because the rest of the house is almost airtight while the foundation is leaking in this gas from the soil.

Yes, there’s good reason to be concerned about radon in our home.

What Can help eliminte Radon Gas From entering my Home?

Radon Gas seeps into the cracks and pores in your concrete foundation. By Repairing foundation cracks and sealing porous foundations will help eliminate Radon gas from entering your home.

Contact us for your concrete crack and sealing repair.